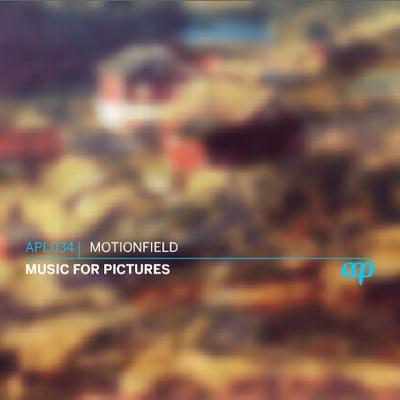 Transforming pictures into music is the motivation of the Swede Petter Friberg. At the age of 10, during the age of electronic innovators like Jean-Michel Jarre, Brian Eno and Kraftwerk, Petter did experiments using tape recorders. Together with Thomas Krome and friends he built up a studio during the mid 90’s, listening to The Orb, F.S.O.L. and Aphex Twin. The efforts resulted in several techno/house 12“s under his ‚Superstereo‘ moniker, but more recently Petter unveiled a new project with ‚Motionfield‘, more focusing on warm, spheric ambient electronica with influences from Jazz and Field Recordings.

As the title of this release prompts, Petter thinks that songs convey static pictures. These recreate either a painted mood or the very moment of a photography. Living in the beautiful swedish countryside, surrounded by lots of untouched nature, Motionfield tries to express the moving pictures in his head with the help of moody electronic music. If you listen carefully you will figure that the tracks are internally split into pieces. These pieces seamlessly melt into each other and create a mental break in between, a transition to a new aural scenery, where both computers and analog synthesizers can be heard.

The musical journey starts with „The Colour of Water“, a voyage within the depths of the dark blue ocean where distant sound of whales becomes audible. The scenery approaches the shores and finally leaves the water, taking a look at the play of light on the surface of the wide open ocean. Continuing with „Falling in Stillness“ the listener enjoys staying at home watching outside the windows on a rainy day, listening to sounds that appear apart from the crackling rain on the window. With the rain fading out slowly, a warm cocoon of silence spreads that features a warm slowly swelling and returning sound.

The next image in the gallery is „Nothern Sky“, yet again a warm and organic track with warm surrounding atmospheric sounds that convey a feeling of broken skies which are formed by long days in summer and by long nights in winter. When night falls feathery shivers of solar wind streak the magnetic field of the earth resulting in a glowing nocturnal sky. Closing this EP, with the last picture of Motionfields gallery he escorts a cargo of coffee from the misty dulled penchants carried by a train to the coffee machine that creates a smell of fresh warm coffee floating in waves across the room, stimulating the olfactory nervs.

With „Music for pictures“ Petter Friberg conjures a gallery of pictures and moods that carry on the thought of the titles and create their own world, full of comfortable depths to dive into. Well done!